The purpose of this project is to familiarise myself with the tools available in Python to create agent-based models. Python offers many advantages over other languages, due to it’s simplicity and vast library of data science packages. I reviewed several Python packages before starting this project, but eventually decided on Mesa. This is a package for creating agent-based models in Python, in a similar manner to the JAS package used in Java.

So far, I have been experimenting with Mesa and slowly importing elements of the Lengnick (2013) macro model, I have managed to build the agent classes and populate each list of households and firms in the model class. The next step will be to construct an event schedule for each tick of the model when running. 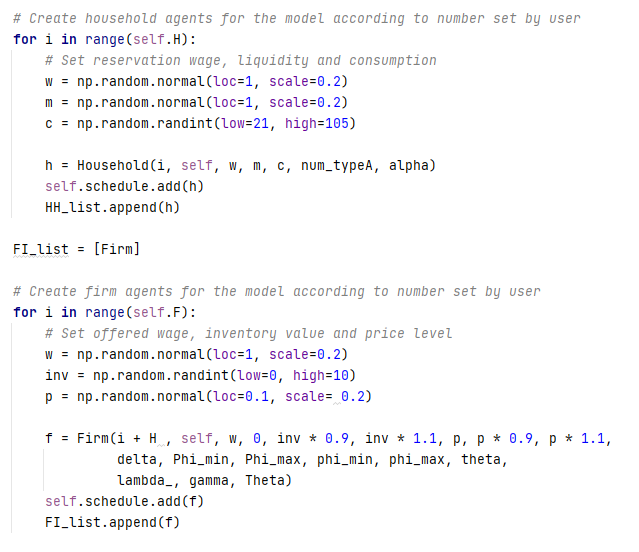