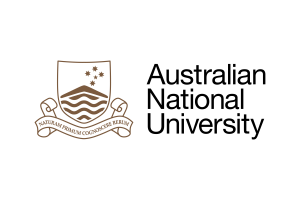 Why Policy Fails ?: A Complexity Perspective on Novelty Production and Rule Breaking

Traditional Control Theory wherein optimal policy is one which minimizes white noise deviations from a quantitative target is the basis of policy design in Macroeconomics.  This flawed framework assumes that the only thing that stands in the way of achieving policy objectives is random white noise rather than strategic responses of highly intelligent regulatees. This has been the subject of the Lucas Critique and Goodhart’s Law.  The Lucas Critique indicates that policy will be rendered ineffective or ‘negated’ by regulatees who can predict it. In response, Lucas recommended that policy makers need to produce ‘surprises’ in order for policy to be effective. The Lucas Critique per se refers to the impossibility of econometric models to identify the ensuing structure changing dynamics from the regulatee-regulator interactions. Likewise, Goodhart’s Law indicates that a variable made the object of policy will become unstable thereafter as regulatees game the system in innovative ways.  I will go further and say that as Game Theory and extant Decision Sciences, respectively, do not have the wherewithal for strategic innovation in a Nash equilibrium of a game and restricts actions within what is already known, there is a blind spot regarding complex behaviours which produce radical uncertainty in the form of an arms race in novelty and surprises.

While policy failures are known to arise from A.O Hirschman style ‘futility, perversity, jeopardy’  arguments encompassing unintended consequences, perverse incentives and fallacy of composition, a more foundational approach is needed for why determinism and precommitment to fixed rules will be punished by adversarial regulatees with unbounded capacity to innovate. Following the famous game theorist, Ken Binmore, who brought in the spectre of Gödel in the form of the Gödel’s Liar who will negate/falsify what is computable, I have developed a new class of games in which strategic coevolutionary arms race in novelty production is a Nash equilibrium of games with adversarial agents like Gödel’s Liar. Where the latter cannot be kept in check, certain rule based systems have to be abandoned and policy makers need to expend large resources in monitoring and horizon scanning and/or show preparedness to do running repairs and coevolve rules. Genomic intelligence from get go evolved to ‘think outside the box’ rather than be restricted to prespecified actions.  Examples given range from how policy failed directly from Gödel style Liar attacks on Currency Pegs used for inflation targeting and also the rampant financial innovation in the Great Financial Crises (GFC) where Haldane (2012) and Eichengreen et. al. conclude that it was a case of poorly designed regulation with perverse incentives that almost brought  about the demise of Western economies.

Markose, S.M (2021) University of Essex Blog, How we became smart-a journey of discovery through the world of game theory and genomic intelligence , https://www.essex.ac.uk/blog/posts/2021/10/26/how-we-became-smart