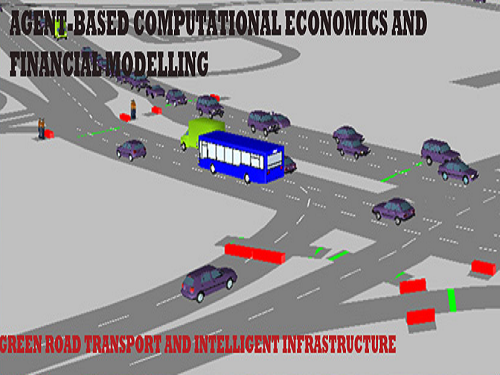 Sheri Markose was invited to China to give a talk on the future of low carbon transportation.

Road Map 1: Climate change and how we deal with congestion and carbon is the biggest challenge of the 21st century

Sheri was the lead researcher on the UK Foresight Office of Science and Technology 2006 Intelligent Infrastructure Systems project on designing green and intelligent infrastructure to reduce negative externalities from road transportation in city centres.

Sheri has also contributed to the RSA discussions on how personal carbon trading, analogous to carbon trading to reduce carbon emissions by industry, may effectuate behaviour change in the household sector. In 2007 (Jan 11-12), Sheri co-organized one of the first regional conferences, the so called Essex Congestion and Carbon Conference, which covered topics on Design and Public Policy: Markets for Congestion and Carbon Trading. This format which brings together regional business, government/policy makers and academics along with those at a national and international level was followed up at the East Yorkshire and Humberside Climate Conference in May 2008 . Sheri is also spearing heading research on the digital mapping of transition from high carbon to low carbon in economies using multi-agent models which moves away from oversimplified and reduced form economic models on climate change where static parameters are meant to proxy for complex dynamics in society relating to carbon abatement innovation and adoption.